If you are going to join the Pakistan Army, you must be aware of ranks and salary. Each rank has its own eligibility and the salary package also vary post to post and time a candidate has spent with this armed force of Pakistan. By reading this article, you will get the list of All Pakistan Army ranks and salary 2023 commissioned and non-commissioned. 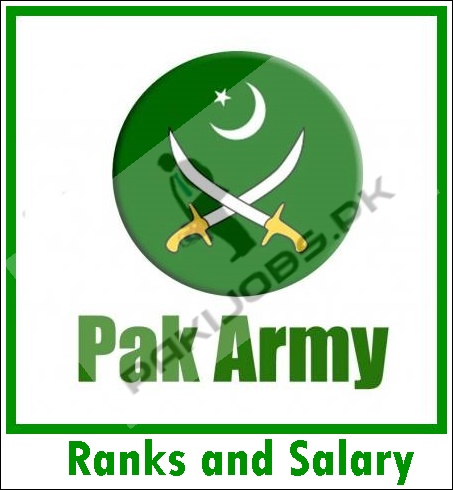 As I have told you in the above passage that the ranks have two categories; the officers rank (commissioned) and non-officer rank (non-commissioned). So the posts rank for both these categories is written below.

Now the Pakistan Army salary 2023 with BPS scale has listed in the following table. And we are informing all of you that each position and its corresponding salary package vary on the experience of a candidate. Such as if you are a newly hired Second Lieutenant then your starting salary will be in the circle of Rs. 40, 000/- per month. While the starting salary in non-commissioned officer ranks is the circle of Rs. 30, 000/- per month. The salary package increases with the time duration and the rank grade you will chase with the passage of time span.

Hence, I have written a detailed article on Pakistan Army Ranks and Salary 2023 insignia badges and BPS rank. I am hoping that you have obtained all of what you were searching for online. But still, if you have any queries or confusion and want to get resolved them, you can leave your comment below. We will guide you all about the Pakistan Army salary package, its rank, and badges for officers and non-officer posts. Further, you can also share your suggestions relating to joining this armed based military force of Pakistan.